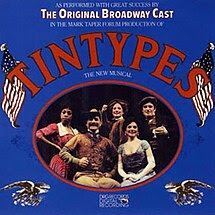 Running June 18-Aug. 29, 2009 ... a four-musical season in repertory at CdA's community theater: Forever Plaid (for sure), I Love You, You're Perfect, Now Change and Tintypes (probably) and Stop the World, I Want To Get Off (possibly). Two men and two women as a resident company, augmented by the cast of the recently successful production of Forever Plaid and other regional performers. Lake City artistic director Brian Doig reports that auditions for the resident company will be in Feb. or March, with regional actor/singers to try out in May.
Six shows a week -- Tuesday through Saturday at 7:30 pm, Sundays at 2 pm -- with ticket prices at $18, or $55 for all four shows.
Directors will include Tom Nash, Maria Caprile, Doig, and (possibly) Reed McColm.
"We're going to 11 shows a year, so this is pretty aggressive for us," says Doig. "But for *Nunsense,* our audience figures have jumped, even though the economy is going down."
Bobo the Theater Ho at 2:56 PM