Report the arts,don't review them? 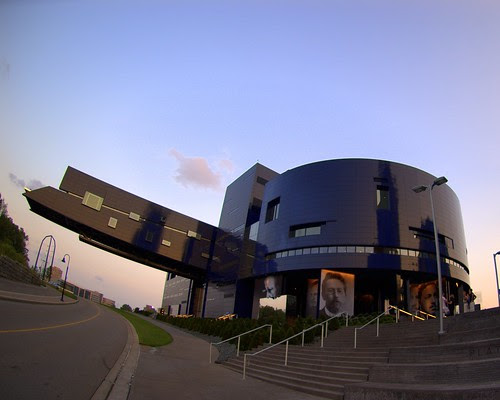 The communications manager for the Guthrie in Minneapolis argues that arts journalists should write reported features on rehearsals, behind-the-scenes doings and the business side of theater instead of writing theater reviews.

Melodie Bahan cites a couple of Frank Rich passages as examples of good theater writing that appeals even to those who have little hope of ever seeing the production in question; then she recites the by-now familiar litany of critics at dailies being laid off, and of how actors enjoy deriding reviews. Then she makes the debatable assertion that writing about movies is better. (Sorry, but I see a lot of superficial thumbs up/down writing in overly glowing reviews -- and as for writing about the business of movies, we all know that it's mostly just gossip-mongering.)

Don't just write puff pieces or superficial reviews of theater performances, she says, and of course she's right. Then she cites the financial decline of Theatre de la Jeune Lune, which came as a shock last year. (If you don't know: arguably the best children's theater in the nation. Dissension at the top; apparent financial mismanagement; kaput.) How could local theater writers miss that? Similarly, and it hurts to say this, how could we have missed the demise of Actors Rep here in Spokane? Respected, in its fifth year; then dissension at the top; sudden financial crisis; gone, and Michael Weaver moved out of town just to put the tin lid on it.

Bobo kicks himself for not pursuing the 990s and detecting financial problems at ARt earlier. Wouldn't have "saved" the theater; might have drawn attention from those who might have chosen a different course of action.

"Stop writing reviews and start writing news," Bahan urges. But of course that's a false distinction: Reviews _are_ a kind of news. (News that belongs in an arts section, though, unlike the Spokesman's silly decision under Steve Smith to bury them without photos back in the news section somewhere near the op-ed page, back where no one who has arts on their mind is going to look for them. Jim Kershner writes clear, accessible reviews, and I'm a daily subscriber to the Spokesman; but I regularly read his reviews online instead of trying to guess when and where his stuff will appear in print.)

Notice that Bahan, at the end of her article, says that the future of theater criticism is not in dailies but in weeklies and in blogs. In this economic downturn, Bobo has gotten several sour-faced readers asking about how The Inlander is doing. In Ted McGregor's commentary a couple of weeks back, he made the point that many alt-weeklies are _not_ being swept up in the toxic economic tsunami. What he didn't mention: In the *Editor & Publisher* feature on small-market alt-weeklies that are doing well even in the current climate, The Inlander had the best annual growth rate of any of them. Some possible explanations: geographically isolated market, more conservative in editorial policies and stances than most alt-weeklies, best way for lots of nonprofits to advertise (TV and radio don't cover them much, if at all), and we have very good market share (supposedly, 40 percent of Spokane County adults read us at least once a month -- and Spokane's typical in that about one-quarter of adults in this area have a college degree).

The audience for the blog, of course, is much more limited than for the general-interest print publication that distributes 46,000 copies a week, about 94 percent of which are "read," so we're told, in a typical week. "Read" can mean cover-to-cover, but it can also mean picked up, glanced at, and put back on the rack -- or simply tossed. (There are people who track such things.)
I'd speculate that there's a high correlation between those who read theater stuff in print and online -- they're pretty much the same folks -- and that for the vast majority of readers, a nice photo and snappy headline _might_ attract a few moments' notice, but not much more. Many is the time that Bobo has sat in a coffeeshop and watched readers flip from back to front -- and right on past the feature or review that he spent hours on. Which is fine. What else is to be expected when 93 percent of Americans do not attend even a single play in a given year (and 90 percent don't even attend a single performance in the more popular category of musicals)?

We gross $3 million a year -- and that despite hundreds of papers being flung in disgust against suburban walls because of some crap that Bowen jerk wrote.

But this essay has grown too long and off-point: Bahan accepts that alt-weeklies aren't in the downturn that dailies are. She praises the work of Chris Jones in Chicago's Theater Loop blog (former Interplayers artistic director Robin Stanton once took Bobo aside and told him basically to stop writing like himself and more like Chris Jones) and of Christopher Piatt at TimeOut Chicago. More in the next post on how Piatt's three cited story ideas could play out right here in Spokane....