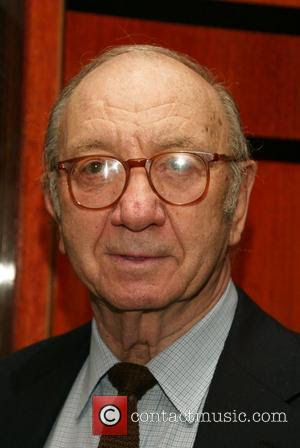 A revival of Neil Simon's Brighton Beach Memoirs closed on Nov. 1 after less than a week on Broadway.
As Patrick Healy explains in the NYT, that may be down to the lack of stars, or poor marketing, or people just not wanting to hear about the Great Depression when they're still struggling with the Great Recession.
(Digression on a pet peeve: "Times are tough. Nobody wants to go to the theater for something depressing." And when exactly was this mythical era when people were so flush, so content, so spiritually uplifted and joyous that of course they'd be happy to run out and catch a Greek tragedy tonight? Never. Exactly. Which means
After a demanding day at work, I frankly find movies, not plays, a more dependable source of escape. But they don't have to be comedic movies — a good weepie, a drama, effectively filmed, and I'm completely drawn in for two hours. I wake up from my cinematic dream and don't know where I am, momentarily. I forget about my troubles. But Neil Simon-style ha-ha one-liners are certainly not the only way that I can escape. And that goes for romantic comedies, too (the best of which, I treasure; but it's not a genre that I'll leap at instead of a movie such as, for example, the likely very depressing upcoming film version of The Road). (End of digression; back to the Simon play closing early.) (Photo is of Neil Simon in 2006; from contactmusic.com)
Healy recounts all the recent comedies that have an edge, a dark side. What with terrorism, the recession, climate change, crazed men with guns — people want that ... they want their comedies to acknowledge their fears. Neil Simon doesn't have much of that. Simon's plays are stuck in the Borscht Belt, ta-da-boom rhythms of slender plots with cardboard characters who deliver very funny lines that, at their best, get us laughing for awhile. But you leave the theater, retell a couple of the best jokes, and you're stuck back in the real world/not Simon world that was depressing you before you walked in. A stopgap measure, not a panacea.
When Bobo saw Barefoot in the Park at the Civic a couple of seasons back, he was surprised at how stale the comic techniques seemed. Simon was all the rage, and for many years. And I had good memories of the Jane Fonda/Robert Redford movie.
But to stare down betrayal, disease, the ravages of war, personal failure, addictions — real problems — and still be able to twist them in absurd, counter-intuitive, actually funny ways ... that's where comedy is headed (cf. NBC's Thursday night comedy block and its sensibilities). And that leaves Neil Simon as a relic.
Bobo the Theater Ho at 6:41 PM