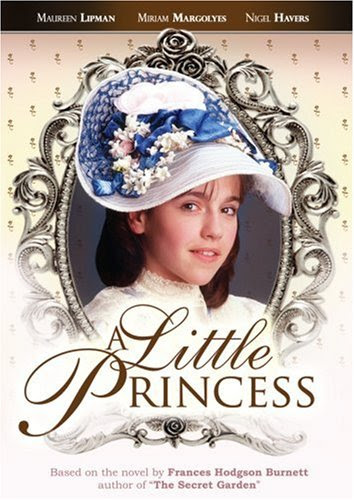 Yes, it has only been three years since the Lake City Playhouse produced A Little Princess — but hey, a feel-good musical at the holidays and during a recession ... and Lake City could use some good box office.

The three Friday-night performances are designated as father-daughter date nights.
Please bring a new book to drop off at the Playhouse for the Books for Tots program (part of Toys for Tots).

A Little Princess is based on an 1888 novella and 1904 novel by Frances Hodgson Burnett (1849-1924), who also wrote Little Lord Fauntleroy and The Secret Garden. Born in Manchester, England, she moved to Knoxville, Tenn., experiencing poverty in both places; she was orphaned by the age of 18 and had to support her siblings by writing.

Director Laura Little is doing a version written by her friend Katie Wilson — originally intended for children's theater, but being performed here for the first time with adults (12 of them, out of 35 altogether in the cast). "The songs have been upgraded," says Little. "We added some harmonies, and took out some of the cheesier scenes that were just put in so a lot of kids could have a lot of lines."
Two of Little's favorite numbers are "Mail" (when Sarah goes to the train station, hoping that Daddy will return, only to hear other soldiers lamenting their homesickness, and how much it means for them to get mail from loved ones) and "My Darling Papa" (sung by Sarah when she finds out that her father has died; she's praying for him to return).
It's a real tear-jerker: They're even gonna sell $1 pack of Kleenex with the Little Princess logo on them, in the lobby.
"Most scenes are realistic," says Little, but there are two fantasy sequences: in one, "Princess Penny," Sarah is telling a story to the other children, and adults come to life behind them and enact the story that Sarah is telling; in the other, Sarah encourages the kids to use their imaginations in "Use Your Mind's Eye."
Little directed the show for children's theater — twice in San Diego, and once three years ago here in CdA. This time, she's training co-director Emily Bayne to take over the reins — the idea is for Lake City to produce the show once every four years, giving little girls a chance to grow up and play the big-girl parts four years later. "Several girls came in [to auditions] with the show memorized" from three years ago, Little says.
Little calls Maliah Oliver (who's only 9 in real life, but playing 11-year-old Sarah Crewe) "a masterwork in the making, a real find."
Kent Kimball's biggest number will be "My Little Girl" (right after Capt. Crewe's wife dies, and he's left graveside holding the infant Sarah).
SPOILER WARNING:
Unlike Hodgson Burnett's books, this musical version (one of several) borrows the sentimental device from the Shirley Temple movie of having Sarah searching through the hospital for Daddy — who has amnesia and only recognizes her because of a lullaby that they had shared.
[photo: from a 1986 British TV version]
Bobo the Theater Ho at 11:59 AM