Depoliticize the arts by de-funding them

CultureFuture had a post yesterday suggesting that, in large part, American governments haven't subsidized the arts in the way that many other nations do because Americans don't like political art — that we're uncomfortable with art that takes a political stance (somehow assuming that art, and journalism, too, should always and everywhere be "objective," as if that were desirable or even possible) and that we have conflated the two views: Keeping government out of the arts will somehow drain all the political content out of art — and that's a good thing, because we wouldn't want anybody portraying anything that might offend somebody.
I say, offend 'em anyway.
And first of all: why is someone who disagrees with me "offended"? Don't we just disagree? Have I done something morally objectionable by taking a position that a Republican might disagree with?
A case in point: Personally, I am strongly pro-gay marriage. I think it is a national embarrassment that this issue has not yet been settled at the federal level. I believe that even in my own lifetime, when I'm way elderly, people will look back and LAUGH at all those fools, circa 2000-2010, who somehow thought that pairs of married men (and women) would uproot our civilization.
Having said that, I would WELCOME a play that explored the attitudes of anti-gay marriage folks and (more or less) concluded that there was some merit to their beliefs. Would I be offended? No, but I'd sure be in disagreement.

We don't want to federally fund the arts because the arts might get too political. But why shouldn't the arts be political? Everything's political. And conservatives will lament how all the plays would have a leftward bias. Well, sez I, write some damn plays. A drama about how gun ownership should not be limited; about the dangers of Big Government; about the benefits of the American troops' presence in Iraq and Afghanistan; about liberals don't know what patriotism means; and so on. I'd absolutely go. If theater is too liberal, then conservatives should write some plays to correct that bias -- and liberals should have the integrity not to exercise "political correctness"* and engage with plays that present views with which they might disagree.
(*A term I disparage, because there's just as much partisan, sanctimonious thinking on the right as on the left -- in some quarters, if you advocate increased government in any connection, increased taxation on anyone, any form of gun registration, any kind of government subsidies of the arts -- well, then, you're just a Commie pinko.)

As a nation, we are afraid of controversial topics in the arts, because the arts arouse emotion, and people get riled up, but they — we, most of us — have retreated into our little partisan enclaves (I listen to NPR and read the N.Y. Times and want to hurl things at the TV when O'Reilly and Hannity appear, so I'm guilty, too) .. but we ought to break out of those isolation chambers and engage with the other side. Why EXACTLY am I liberal? Why EXACTLY do I disagree with conservative positions on X, Y and Z? 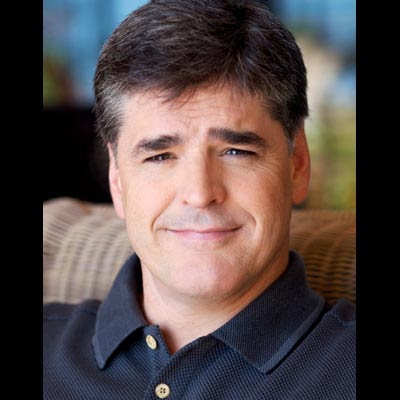 I strongly believe in being aware of conservative arguments on lots of issues; better to know what they're up to, and not just to know how to refute them -- but also to help myself articulate my own views. That's why Laura Miller's advice at Salon to "read a book you think you'll hate in 2010" is good.

Fewer people have meaningful training in debate-style, arguing-on-both-sides discussion. There's too much black-and-white, partisan oversimplification going on out there. Theater that leads to discussion and meaningful, respectful disagreement could increase our civic engagement.

Now that I think about my headline for this post: It's just like Reagan's plan to reduce government by starving it. I think there are powerful people who would prefer the arts to just go away -- certainly the controversial kind. Better to have just nice, pleasant, inoffensive plays and books and paintings. Better not to rock the boat. Times are so hard, you know.

Dominic Maxwell's analysis in the London Times of the success of Lucy Prebble's Enron makes some of the same points that I make here, especially in the section entitled "Do Republicans love their children, too?" (And see the comments below.)
Bobo the Theater Ho at 5:13 PM