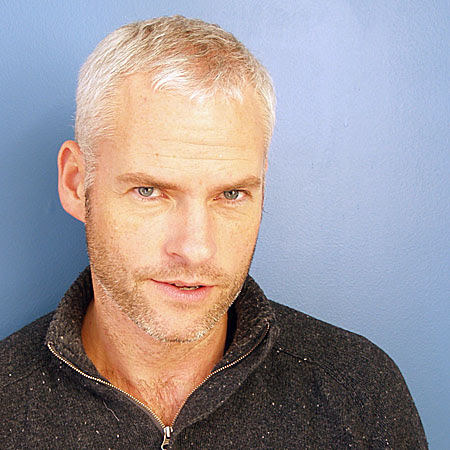 Martin McDonagh's new play, "set in small-town America," is entitled "A Behanding in Spokane."
We're on the theatrical map! And all of America will think that what we have to offer is serial killers, mutilators, sadists and freaks! Isn't that great?!

McDonagh ("The Beauty Queen of Leenane" and "The Cripple of Inishmaan," both of which have been performed in Spokane, and "The Lieutenant of Inishmore" and [especially] "The Pillowman," which haven't and should be, but then they might be so upsetting to the poor dears who were expecting another nice little production of "Cats") also wrote and directed "In Bruges" and is nominated for an Oscar for the (original) screenplay.
Which brings up what a year this is for playwrights and Oscar: John Patrick Shanley for Doubt, Peter Morgan for Frost/Nixon, McDonagh, and David Hare for his adapted screenplay of "The Reader," all are nominated this year. That's four out of 10 slots to playwrights.

Going back to 1980 (Bobo did a quick check), there hasn't been a year like this, for Original Screenplay, since playwright John Logan (Never the Sinner, about Leopold and Loeb, soon to be produced at EWU) got a nomination for The Aviator in 2004; in 2000, Logan and William Nicholson together were nominated for Gladiator AND Kenneth Lonergan got a nom for "You Can Count on Me."
Woody Allen has lots of nominations, of course, and he has written some plays. John Guare got nominated in '81 for Atlantic City.

Playwrights, of course, get more nominations for adapting their own plays for the screen. A run-down of plays adapted into movies and Oscar-nominated since 1980:
Breaker Morant, 1980
On Golden Pond, 1981
1983 had three: Harold Pinter for Betrayal, Ronald Harwood for The Dresser, and Willy Russell for Educating Rita
in 1984: Peter Shaffer for Amadeus; and A Soldier's Story was adapted from A Soldier's Play by Charles Fuller
1985, Horton Foote, A Trip to Bountiful
in 1986: Mark Medoff for Children of a Lesser God, and Beth Henley for Crimes of the Heart
'88: Christopher Hampton, for his own stage version of Dangerous Liaisons (which was orignally an 18th-century French novel)
'89: Alfred Uhry, Driving Miss Daisy
William Nicholson, Shadowlands, 1993
Alan Bennett, The Madness of King George, 1994
1996 had three: Billy Bob Thornton for Sling Blade, Arthur Miller for the film version of The Crucible, Kenneth Branagh for Hamlet
in 2002, Bill Condon adapted Chicago, officially, not from the Kander & Ebb musical but from the play (?!) by Maurine Dallas Watkins
'04: Finding Neverland - David Magee from the play by Allan Knee

So ... '83 and '96 were good years for playwrights getting Oscar-nominated, but this year's crop of four nominees is unusual.

As for McDonagh besmirching the reputation of our fair burg, Dannie (long-suffering wife of Bobo), just responded, "We don't need any more besmirching. The people who live here have already besmirched us enough."

Added on Jan. 28:
And now this from McDonagh's Website:

*The New York Times* reports a new play is coming up.

[...] He's written a new play, "A Behanding in Spokane," a copy of which the paper has obtained. Unlike his other plays, it's not set in Ireland; it takes place in "small-town America." The four-member cast includes a "man in mid- to late -40’s who is missing his left hand," and "a black man and a white chick." The man missing his left hand, needless to say, wants it back, and the couple, who try to scam him, end up getting tied to a radiator, a bomb threatening to go off if they move. There is lots of blood and gore and hilarity ensues. It's very Martin McDonagh.

"It's brand-new," Mr. McDonagh said when asked about the play. "It's still under wraps but it should be for the next season." Where it would be performed, he said, was off the record.

Thrilled over his Oscar nomination, he laughed about the fact that he's been nominated four times for a Tony but has never won. "I have more luck with the Oscars than the Tonys," he said.

Added Jan. 28, again:
McDonagh is represented by the Rod Hall Agency in London.
Bobo the Theater Ho at 10:33 AM