There aren't any gay people in Orange County 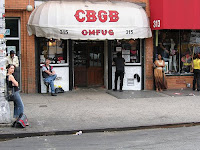 We sure don't want high school kids thinking that there might be any gay people lurking in the bushes nearby.

The principal at Corona del Mar High School has replaced *Rent* with *You're a Good Man, Charlie Brown."

Bobo went to high school a dozen miles from there; he thought the good ol' days (?!) of the O.C. being a John Birch sanctuary were over. (Don't laugh: His high school Civics class was taught by a John Birch Society member, straight out of the Birch playbook.)
Disgusting. Stupid. Reactionary, discriminatory, small-minded bilgewater.
(Other than that, Mr. Bobo, how did you like the play?)

ADDED 2/20/09:
It seems that the drama teacher at Corona del Mar had backed down. The toned-down School Version of Rent has also been banned at other schools.

Here's a snippet from the N.Y. Times on the fiasco:
[Drama teacher Ron Martin] said his principal, Fal Asrani, had objected to the show because of its treatment of “prostitution and homosexuality.” “When I heard that, I stopped her and looked her in the eye and said, ‘First, there is no prostitution in ‘Rent,’ and second, homosexuality is not wrong,’ ” Mr. Martin said. “She made no comment. It was the most demoralizing, disappointing moment in my career as a teacher.”
Martin says he planned the production in response to what he termed "creeping homophobia" on the Corona campus.

ADDED 2/26/09:
The L.A. Times reports that *Rent* has now been un-cancelled. Sounds to Bobo as if the drama teacher didn't comply with some SOPs, then the principal overreacted, then the students and community overreacted.
Why do we settle for "nice and pleasant" when we could instead be discussing things that might change somebody's life?
Why do we shy away from discussing serious matters just because someone might be offended? Sometimes, what comes out of being offended is self-examination, an exchange of opinions, and so on. We have elevated "offending someone" to the worst of mortal sins.
I mean, after the Oscars, you think there aren't at least some gay kids in America who feel better about themselves, just because of the speeches by Milk screenwriter Dustin Lance Black and by Sean Penn?