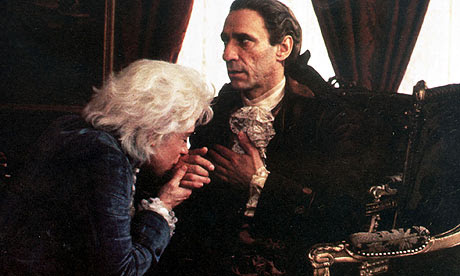 Those who have played Salieri include Paul Scofield, Ian McKellen, Frank Langella, and of course F. Murray Abraham.
Actors who have played Mozart include Simon Callow, Tim Curry, Mark Hamill and Tom Hulce.

Check out Alex von Tunzelmann's skeptical view of both the movie and its historical accuracy (in The Guardian for 10/22/09).
Bobo the Theater Ho at 5:49 PM